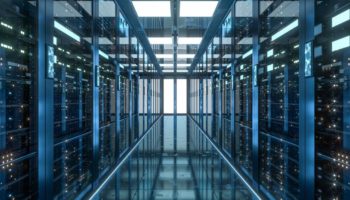 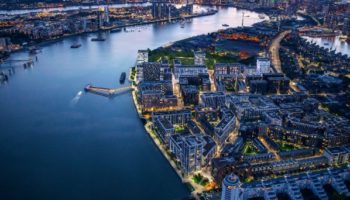 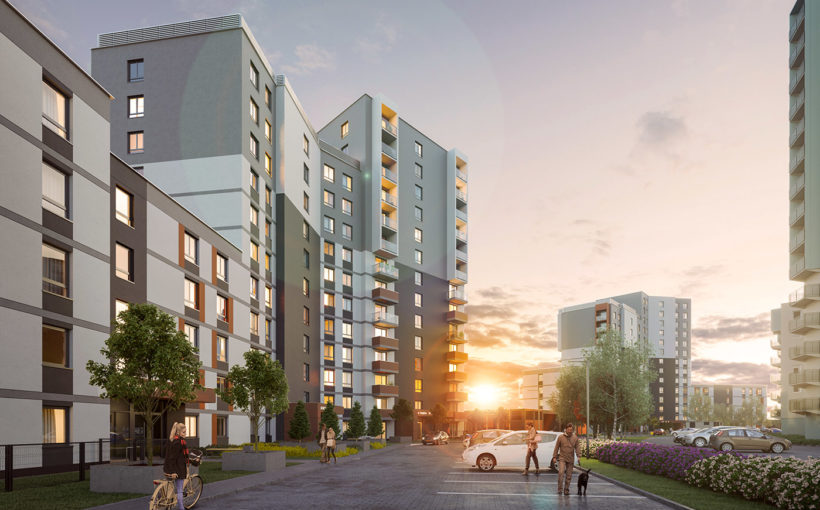 Multibillion public investments and state support provided in the Polish Deal for the purchase of apartments are a harbinger of accelerated development of the construction industry.

In line with the assumptions of the Polish Deal program, which was recently presented by the government, projects implemented after the pandemic will bring significant socio-economic changes. Extensive plans include, among others, various types of public investments and government assistance in purchasing apartments, which will contribute to increased activity in the construction sector throughout Poland. Especially, that the funds allocated to the implementation of the program are substantial.

The financing estimated at approximately PLN 650 billion from Bank Gospodarstwa Krajowego fund and the capital of PLN 770 billion received under the EU Cohesion Policy and the Reconstruction Fund are to be used by, among others, local government units. Their task will be to implement public investments. Local governments are to run local projects over the next 5-7 years.

The funds are to be used to modernize medical facilities, build nurseries, kindergartens, renovate schools and develop local social infrastructure, including community centers, senior homes, integration centers and nursing homes. The funds are also to be allocated to the modernization of sports fields, sports centers, the construction of gyms, swimming pools and the revitalization of cultural and tourist infrastructure facilities.

Legal changes for the development of infrastructure and construction

Both public investments and residential projects, some of which are to be implemented in cooperation with local governments, will be subject to new regulations, which will also be introduced by the Polish Deal to prevent spreading of the city development. The government announced a new, two-stage zone planning system, the basis of which is to be a general plan, setting out the framework for spatial development. The specific purpose of the areas is to be indicated on the basis of a spatial development plan, an integrated investment project or a location decision.

Thanks to the amendment to the act on spatial planning and development, every local government in Poland from 2025 – in accordance with the assumptions – is to have a general plan related to the development strategy. The plan is to define the location framework for new buildings, taking into account the existing development needs of the community. Detailed decisions will be made at the stage of the development plan, as well as integrated investment projects, under which it will be possible to conclude a public-private partnership in the division of investment obligations between the local government and the investor.

Urban standards will be developed as a mechanism limiting the issuing of location decisions for areas not adapted to the needs of future residents. New investments based on individual administrative decisions are to be implemented only as part of supplementing the existing buildings, with access to the road in areas fully equipped with the necessary utilities and meeting the statutory requirements for access to social infrastructure facilities.

The solutions included in the Polish Deal are also dedicated to people planning to buy apartments. The government offers a guaranteed mortgage down payment of up to 40 per cent of real estate value, a maximum of PLN 100 thousand. The beneficiaries of ‘Apartment without down payment’ program are people with good credit rating who, however, do not have savings to cover the down payment required by banks. The guarantee to be granted by Bank Gospodarstwa Krajowego will apply to purchase transactions concluded both on the primary and secondary market, as well as loans for the construction of a single-family house. At the same time, maximum rates per square meter are to be set for properties that will be eligible for the program. ‘Apartment without down payment program’ is to facilitate the purchase of the first real estate for people between 20 and 40 years old.

The government’s proposals also promise more assistance than just guarantees. Borrowers who decide to have children will be able to take advantage of it. Then the state will pay off some of their liabilities. If, during the repayment of the guaranteed down payment, a second child is born to them, PLN 20 thousand will be canceled. A gift for the birth of the third child is to pay off PLN 60 thousand, and each subsequent one, up to the fifth one, will mean a reduction in liabilities by PLN 20 thousand from PLN 100 thousand guarantee.

The proposals of the Ministry of Development will certainly be an effective factor encouraging a large group of young people to buy apartments, who would have to accumulate funds for a long time to cover at least 10 per cent of the down payment. This, in turn, will contribute to the growth of the already high demand on the residential market, which is currently seen despite the pandemic, which on the other hand may result in accelerated price increase.

In addition to the down payment guarantee, the government also proposed housing vouchers, which are to operate from 2023 and specifically reward large families. The Polish Deal makes it possible to grant funding in this form up to the amount of PLN 160 thousand, in the case of people using social housing and families with multiple children. Housing vouchers are to be granted regardless of the income and age of the beneficiaries.

They will be able to be used for the payment of the so-called participation in Social Housing Society, Social Housing Initiative or payment of a down payment in a housing cooperative, from which the apartment will be purchased rented. The social housing voucher will be available to people who do not have their own apartment with incomes that prevent them from obtaining a loan. In this way, the government offers to help the disadvantaged. This form of support is available for single people in the amount of PLN 5 thousand, childless marriages – PLN 10 thousand, married couples with one child – PLN 25 thousand, and with two children – PLN 40 thousand.

In this case, there is a concern that the program will not have a large coverage due to the low production of social housing, which in 2020 brought only slightly less than 4 thousand premises in Poland.

The family housing voucher is intended for households with at least three children or people with disabilities. A family that does not own real estate or lives in space that does not exceed 65 sq m. is to get a voucher worth PLN 100 thousand. In the event that its members have larger premises, the co-financing will amount to PLN 55 thousand. Subsidies are to be increased by PLN 15 thousand for each newborn child. The program is to bring the greatest benefits to large families who do not have good housing conditions, and thanks to they will be able to afford to improve them. The amount of the subsidies is to depend solely on the number of children and real estate owned. The amount will not be influenced by the location of the apartment one is buying.

The high demand for housing is compounded by low interest rates, which on the one hand reduce the cost of mortgage loans, and on the other hand make bank deposits completely unprofitable and investors put the withdrawn capital in, among others, real estate. Developers are trying to take advantage of the current market boom by launching new projects for sale. The recent intensification of companies’ activity is evidenced by the number of applications for building permits for residential real estate in Warsaw. After a drop in the second quarter of 2020, the number of submitted applications returned to the pre-pandemic level. December 2020 stands out in the statistics, when the number of applications quadrupled, which was probably related to the change in the regulations on energy consumption in new buildings.

The aid program announced by the government is an impulse for the development of construction in our country. Apartment buyers will receive a huge boost of funds, which will most likely also intensify the activity of developers in the housing sector. In a situation where the support applies to both the primary and secondary market, the risk of price increases is inevitable. The rapidly growing demand may translate into even faster price increases on the market. The price pressure could be limited by an increase in the supply of new apartments, especially that the market offer is constantly decreasing. The announced making communal investment plots available in the largest cities would be of key importance in reducing the housing deficit. I think that, in addition to supporting apartment buyers, it is also necessary to introduce mechanisms supporting their production to maintain the market balance.

According to developers, in order to increase the supply of housing, primarily it would be helpful to simplify and shorten the administrative procedures they have to deal with, as well as free up investment land by changing the status of farmland within the administrative boundaries of cities to residential land for construction.

That is why real estate development companies are carefully looking at the opportunities offered by Premise for Land program, which gives the possibility of establishing cooperation between local governments and investors. According to the program companies may obtain land for investment from the local government in exchange for the rights to some premises, which the local government may allocate for the needs of families who cannot afford to buy or rent an apartment at market prices, and in the case of commercial premises, start the necessary services.

The Polish Deal also provides for the possibility of building small single-family buildings up to 70 sq m., and with an attic up to 90 sq m. only on the basis of filing a notification, without a building permit and without keeping a construction logbook. The simplification of formalities is to shorten the construction process and reduce its costs, which, according to the government’s estimates, may amount to PLN 100 thousand.

In addition to its headquarters in Warsaw, the company operates in Cracow, Wrocław, the Tri-City and Łódź. Walter Herz has created Tenant Academy, first project in the country, supporting and educating commercial real estate tenants across Poland, with on-site courses held in the largest cities in the country. In order to ensure the highest ethical level of services provided, the agency introduced the Code of Good Practice.

» Affordable, Apartments, Capital Markets, Central Europe, Development, Healthcare, Home, Infrastructure » The Polish Deal as an impulse for the development of public and residential investments in...