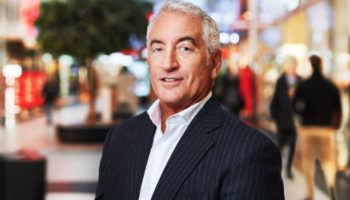 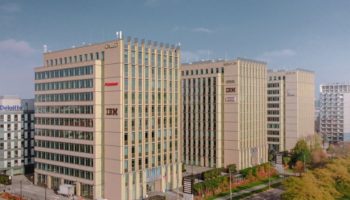 In the first half of this year, more office space was leased in the Tri-City and Poznan than in the same period in previous years

In the first half of the year, Cracow market, apart from Warsaw, was the most popular location among tenants, with contracts for 74 thousand sq m. of offices. The Tri-City also had a good 6 months, where 72 thousand sq m. of space was contracted. It is almost twice as much as in the same period in the last four years. Overall, the regional markets closed the first half of the year with a result of 20 per cent lower than last year, but the demand in Poznan, apart from the Tri-City also deserves attention. The transactions concluded in the capital of Greater Poland have resulted in a higher volume of lease than recorded at the same time in the last two years – informs Krzysztof Foks, Senior Analyst at Walter Herz.

The slowdown in decision-making processes caused by the pandemic affects both the lease of space and the construction of new projects. However, in the second quarter of this year, we dealt with much greater tenant activity than in the first months of this year, especially in the regional markets. Companies are already discussing their ultimate demand for space much more extensively. Building owners, on the other hand, expect a temporary decline in demand, but in the long run they presume its growth due to the expected relocation of business to Poland from other locations

Warsaw with a large, new supply

In the first half of 2021 in Warsaw, we saw a significant increase in supply. According to Walter Herz data, the construction of 10 buildings has been completed, offering a total of 226 thousand sq m. of office space. As a result, the capital’s office stock increased to 6.1 million sq m.

Implementation of three tower projects has been completed – Warsaw Unit, Skyliner and Generation Park Y, located in the vicinity of Daszyńskiego roundabout. High-rise buildings blend in with the more and more impressive skyline of the central part of Warsaw. Among the completed office buildings there are also Moje Miejsce II, Forest podium, X20, Centrum Praskie Koneser M i N, EQ2 and Baletowa Business Park.

360 thousand sq m of office space are under construction in Warsaw, of which nearly a third is to enter the market this year. According to investors, the construction of another 6 buildings will also be completed. Thanks to them, the new annual supply, according to Walter Herz, may achieve the highest result in Warsaw since 2016. On the other hand, the number of new office developments dropped drastically. Currently, the capital market has the lowest number of offices under construction in years. This year, The Bridge project is the only construction that has started.

The pandemic has been a major challenge for the real estate sector and the industry is searching for the best way forward in an environment where nobody knows exactly where we are heading. One major upheaval has been the workspace. With multiple lockdowns and working remotely, the central role the physical office has always played in a company’s strategy and budget must be reassessed. Do we still need offices – and if so what kind of offices? Is working from home really just as effective? REnews is pleased to invite you to Office Recovery 2021, a round table discussion by industry experts on the latest in the office sector recovery process.

Construction is in progress in the regions

Among the investments carried out in the regions there are High5ive, Podium Park, Wadowicka 3 and The Park in Cracow, Nowy Rynek building E and Andersia Silver in Poznan, Global Office Park, .KTW II and Craft in Katowice, as well as Quorum, Wielka 27 and Centrum Południe in Wroclaw.

In the first half of this year, 11 office buildings have been completed in the regions. The office offer in the largest regional cities increased by a total of approximately 126 thousand sq m. The highest level of new supply was recorded in Cracow (42,4 thousand sq m.), Poznan (35,9 thousand sq m.) and the Tri-City (35 thousand sq m.).

The regional markets have a total base of approximately 5.95 million sq m. of modern office space. Among the buildings commissioned in the first six months of this year, are Rynek D in Poznan, Palio Office Park A in Gdansk, Krakowska 35 office building in Wroclaw and Tertium Business Park B, Equal Business Park D, Ocean Office Park A, and Aleja Pokoju 81 in Cracow.

To read the report go to: https://walterherz.com/en/a/office-market-1-h-2021-poland