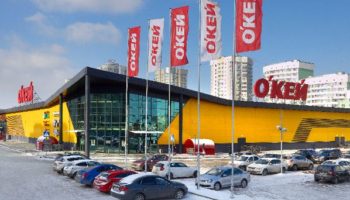 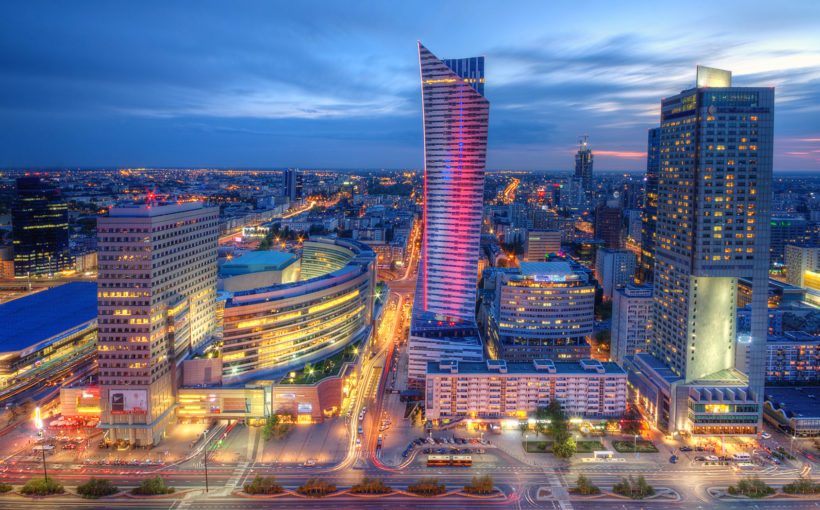 All in one, as advertised

Modern mixed-use complexes, open to social interactions and meeting local needs, which today are winning over traditional office buildings, set the direction for the development of investments in the commercial sector

Pandemic, transport restrictions and progressive decentralization of life and services have radically influenced the perception of the city and its utility. The most valuable merit has become the possibility of comfortable living and working and the prospect of close contact with nature, which should provide the immediate surroundings within a short walk. That is why mixed-use facilities that meet many local needs are so popular today, not only among the office workers and city residents, but often also among the tourists. They bring inestimable infrastructural value, especially if they break the single-function  nature of the area they are in. Therefore,  it should be assumed that this is the direction that designing in the commercial real estate sector will be heading in even faster than before.

They stand their ground in new reality

– The more important it is to create areas where most everyday needs can be met, the greater the importance of mixed-use investments. Also for investors, projects creating urban space are much more interesting than facilities with single functions. Their value is higher. They also allow for more attractive returns – says Krzysztof Foks, Senior Analyst at Walter Herz. – We should also mention the greater safety and business resilience that mixed-use complexes provide in the long run, thanks to the possibility of diversifying income. Due to their profile, they also make it possible to introduce changes in the scope of functions depending on the market demand – informs Krzysztof Foks.

This is what happened, for example, in the case of Norblin Factory in Warsaw, the construction of which is currently finishing. The investor quickly adapted the project to the market changes caused by the pandemic, replacing commercial spaces with retail and entertainment.

– Mixed-use projects offer over 1 million sq m. of commercial space in Poland. Implementation of investment plans of real estate development companies conducting city-forming projects based on the revitalization of large city quarters, including those of Cavatina, Capital Park, Echo Investment, Torusa or Vastint Poland may double these resources in the next few years – informs Mateusz Strzelecki, Partner/Head of Regional Markets at Walter Herz. – The commercial success of mixed-use investments is ensured not only by extensive services, trade and restaurants available on site, but also by interesting development of common areas and sites around the buildings. Through green recreational areas and new architectural elements, the arrangement of such projects often goes deep into the urban fabric and blends investments with the surrounding infrastructure. In this way, friendly places are created, not only for work, but also leisure. All this makes large complexes with various functions perform very well in the current conditions – adds Mateusz Strzelecki.

We have been observing the implementation of mixed-use facilities in Poland for a long time, but over the last five years, not only their number, but also the scale of projects has increased. Investments of this type are usually associated with the revitalization of large, neglected urban areas, often of an industrial nature, and the revitalization of post-industrial buildings in attractive locations.

Thanks to this type of investments, the largest agglomerations in the country gain modern urban quarters with a coherent, original architectural concept, providing a variety of functions that become city attractions. In terms of both, business and tourism.

Among the most popular Warsaw complexes based on the revitalization of historic buildings, which have already gained good reputation, we have, for example, Elektrownia Powiśle, Koneser, Hala Koszyki and the recently commissioned Browary Warszawskie. Soon, they will be joined by Fabryka Norblina, which is about to be completed after over a dozen years. In addition to modern offices, Capital Park announces the opening of a boutique cinema, Poland’s first digital art gallery, the iconic BioBazar marketplace, a food hall with over 30 restaurants and a museum.

Ghelamco Poland also makes a significant contribution to the creation of Warsaw’s urban fabric. After the pioneering city-forming project with Plac Europejski located among the office buildings of Warsaw Spire complex near the Daszyńskiego roundabout, the developer is implementing further investments offering various functions. The company has just completed the construction of the Warsaw Hub project in the same area.

Among the mixed-use investments carried out in Warsaw there is also Port Praski and Bohema complex, which is being built on the site of the former Pollena factory.

Consistent changes that have been taking place over the last few years in Służewiec Przemysłowy district in Warsaw, which has become a symbol of office monoculture, are also heading in a similar direction. There are more and more residential and hotel buildings and various services. Empark, one of the oldest office parks in Warsaw, now has a chance to become a truly mixed-use complex.

In addition, Echo Investment has announced the construction of an impressive mixed-use project with an area of 230 thousand sq m. that will cover an area of 6.5 ha at 22 Towarowa Street in Warsaw. It will include shops, offices, flats, a hotel, a cinema and a theater. The investor also plans to implement a city-forming project in Warsaw district of Kabaty. A mixed-use complex will be built there, an important part of which will be a public park – a garden on the escarpment and a square with cafes, restaurant gardens, greenery, fountains and small architecture at the junction of al. KEN and Wąwozowa Streets.

Vastint Poland is also planning a large mixed-use investment on a 14.5-hectare site next to the Warsaw Chopin Airport. There is also a prospect of revitalizing  Drucianka factory, located in the vicinity of Warszawa Wschodnia Railway Station. In recent months, an application has been submitted to establish spatial development plan for this area.

The Tri-City and Łódź in the lead

The Tri-City and Łódź are also famous for projects combining residential, office, and recreational as well as cultural functions, but the implementation of such projects can also be observed in Wrocław, Katowice and Poznań.

In Łódź, many buildings of former factories have been successfully revitalized, and Fuzja implemented by Echo Investment, is the most important city-forming factor. Public spaces in the form of parks and city squares will occupy almost 4 hectares, that is almost half of the investment area.

Moreover, Skanska company is gradually constructing Nowe Centrum Łodzi (NCŁ) in the vicinity of Łódź Fabryczna Railway Station. In turn, Cavatina Group has built Widzewska Manufaktura in Łódź. In addition, the investor is implementing the mixed-use Quorum project in Wrocław and Global Office Park in Katowice. These three projects will provide a total of around 175 thousand sq m. GLA and over 1.5 thousand apartments for rent.

Vastint Poland company has announced the construction of the second stage of Waterfront complex at Nadbrzeże Prezydenta Street in Gdynia. The buildings will include 80 thousand sq m. of residential, office and service space, with offices, retail units, two hotels with conference space and public and entertainment facilities, including a cinema. There will also be a new square, available to the public.

Torus company is currently conducting design and investment works related to the implementation of Doki residential estate in the former shipyard area, in the emerging Młode Miasto district in Gdańsk. In this modern district, all functions are designed from scratch based on the assumptions of a 15-minute city.

In Gdańsk’s Wrzeszcz, a model example of an investment offering various functions is Garnizon. Olivia Business Center in Gdańsk is also located within fifteen minute walk in a diverse mixed-use environment.

In Poznań, Nowy Rynek project consisting of five buildings with various functions, is being carried out by Skanska. Vastint Poland is also preparing to revitalize buildings in the historic slaughterhouse from the end of the 19th century in the Garbary district of Poznań.

In addition to its headquarters in Warsaw, the company operates in Cracow, Wrocław, the Tri-City and Łódź. Walter Herz has created Tenant Academy, first project in the country, supporting and educating commercial real estate tenants across Poland, with on-site courses held in the largest cities in the country. In order to ensure the highest ethical level of services provided, the agency introduced the Code of Good Practice.

» Central Europe, Creative Space, Home, Mixed Use, Office, Retail » All in one, as advertised