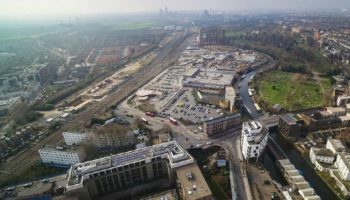 Ballymore partners with Sainsbury’s for regeneration project in West... 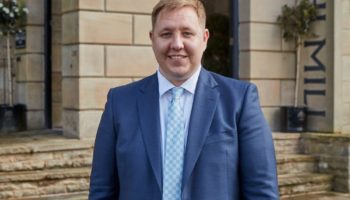 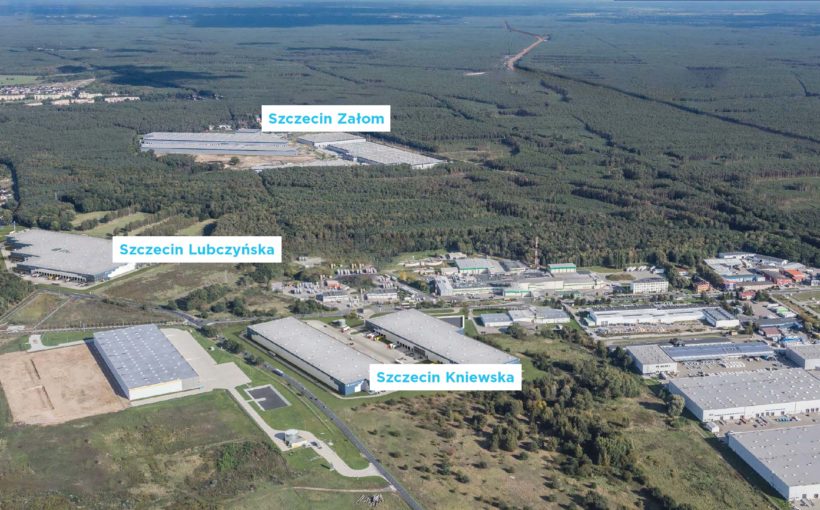 Accolade’s position as the leader in Szczecin region strengthens with the new EUR 60 million investment.

28th July, Warsaw – Accolade, an international investor in infrastructure for modern business in Europe, expands its presence on the Polish market. The company has acquired two new industrial locations in Szczecin, with the intention of investing into development of modern, A-class warehouses of total 73 000 sq. m GLA. The investment continues Accolade’s strategic expansion in Szczecin region.

The investment to acquire land in Szczecin at Kniewska Street, strategically located 15 km away from the Szczecin centre, marks another step in the plan to build a modern and sustainable A-class warehouse with an area over 31 000 sq. m. Two halls, in one phase will be built and will allow flexibility for different types of businesses.  Nearly 11 000 sq. m has been already leased to the first tenant, which provides logistic services for the e-commerce sector. The second investment concerns the land at Lubczyńska Street, where one industrial building with the target surface of 42 000 sq. m is planned to be built. Accolade total investment in these two projects amounts to 60 million euros.

We are proud to be able to develop operations in such a strategic region as Szczecin is. We observe the growing business of the tenants in our park located in Załom-Kasztanowe district and we want to be ready to provide them with expansions when they need it. Due to its close connection to Germany and Scandinavia and the location directly on the Polish and German road, rail and air infrastructure link, Szczecin plays an important role of the EU logistics hub. Combination of high-quality modern multi-purpose industrial halls and proximity to major European markets attracts global brands and contributes to the economic growth of the region

Accolade has invested nearly 190 million euros in the development of modern warehouse facilities in the Szczecin region. Szczecin Park, which is the largest park in Accolade´s portfolio, offering over 220 sq.m and the new locations in Dąbie district will perfectly fit in the group´s strategy in north-western Poland. The convenient location and perfect infrastructure are the main benefits that make this place attractive for modern industrial companies. Szczecin, with its ca. 410 000 inhabitants, is a big R&D academic centre, providing 25 higher educational institutions for 45 000 students. The seaport of Szczecin-Świnoujście, two hours’ drive away from the city, is one of the largest in the Baltic Sea region and is offering great international freight services. The plots also have easy access to express road S3 Szczecin–Legnica heading to the largest cities in western, central and southern Poland.

The volume of purchases made online is raising rapidly, and the merchant’s success is not determined by an exclusive store on the main street in the capitals as by rather well-managed logistics. The number of such companies is increasing, and we are building a quality background for them as part of our expanding operations in Szczecin.

Through its investments, Accolade creates new employment opportunities in the region. The park in Szczecin alone offers roughly 4 000 qualified jobs and this number will grow thanks to the new locations. At the same time, new parks will meet the demand of companies that are increasingly looking for quality services and require sustainable buildings, which are above-standard premises. Both parks in Szczecin aspire to BREEAM “Very Good” certification, guaranteeing a sustainable and environmentally friendly approach. Accolade is a key investor in warehouse spaces for modern business in the Szczecin region and, at the same time, a responsible member of the community.

“Accolade Holding, a.s. provides top-of-the-class infrastructure for business in Europe. Most of its clients are global tenants in the sectors of e-commerce, processing and logistics. In the Czech Republic, Poland, Germany and Slovakia it owns a network of 29 industrial parks with BREEAM certification, which is a guarantee of a sustainable and environmentally-friendly approach. In the future it is planning to build a test site for the development and certification of self-driving vehicles. In more than nine years of its existence the company has created a portfolio of commercial real estates with an area exceeding 1.8 million m², worth almost EUR 1.219 billion. It does not only invest in the development of new projects but also in the redevelopment of neglected brownfields. In 2020 their share in our portfolio has grown to 37%. The total area of redeveloped sites is approximately 670,000 m2. In 2014 the Group set up a fund of leading industrial real estates called Accolade Fund Sicav, open to investments by qualified investors who can therefore participate in the development of modern industry. In 2017 the Group bought the operator of the second busiest airport in the Czech Republic, Brno-Tuřany. Accolade’s priorities are dynamic growth and sustainable development. These are some of the reasons why the Group became the fastest-growing company in the Czech Republic in 2019, according to the prestigious ranking of Financial Times. In 2020 the Group was awarded the BREEAM sustainability certification at the “Outstanding” level for investments into new environmentally-friendly solutions in the sector of industrial real estates. One of the buildings in the redeveloped site of the Cheb engineering plant received a record-high score and became the most environmentally-friendly industrial building in the world. In the future Accolade is planning to build a test site for the development and certification of self-driving vehicles, which would be used as a research and development centre and would attract the biggest talent in the field. For several years the Group has supported sheltered housing and social therapy workshops of the non-profit organization Mela as well as projects in science (Neuron Awards), culture (Karlovy Vary International Film Festival) and sports (Česká spořitelna-Accolade Cycling Team), and participates in the development of its communities in cooperation with regional governments. For more details visit www.accolade.eu. Data at 01 October 2020“